{When your cat has a better chance at landing a MOMA exhibit than you do.}

Calvin Skaar was born in the roof of the MSM Deli in Tacoma, Washington. A few weeks later, he and his brother, Hobbes, were adopted by two artists. Having grown up in the artists’ studio, he had easy access to supplies and resources. His early works were in shredded computer cables and various loose bits of hardware (screws, nails). His largest work to date has been the performance art piece in which he dragged a bag of steaming hot malai kofta around a 900-sq foot loft, dying himself and surrounding furnishings orange in the process (2009).

Since the addition of a human child to the household more than seven years ago, he has branched into other reclaimed materials: from children’s toys to high heels and USB sticks, he likes to place his art in unexpected locations (kitchen, living room, hallway, etc.). While these pop-up installations are not marketed or promoted in advance, witnesses have reported hearing a series of yowls as the artist is depositing his work to alert those who may be in the area at the time.

Inquiries may be sent to nominestudios@gmail.com, subject: “Calvin!”

Tacoma based artist and writer. Currently working on as yet untitled video game with support from the City of Tacoma Artist Initiative Program. You can follow progress on Instagram, Twitter, Facebook, and TikTok: @nominestudios. E-mail: nominestudios@gmail.com. View all posts by Suzanne Skaar 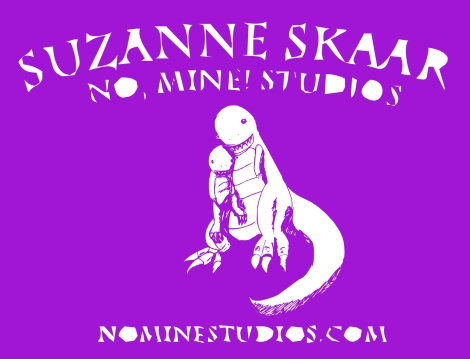