… Sometimes you have to call them out.

It’s February, so I should be devoting time to my Valentine, Isobel. She just turned 4 this last week. Every day she does something else to remind me how quickly she’s growing, and how soon this magical time will be gone.

But the time I could be spending with my little one has been spent actively fighting a new danger to my Northwest community. It’s not bad enough that our local government has proven to be nothing more than a way for rich residents to play dynasty. Our Port has leased land to a Chinese LLC which aims to build the world’s largest methanol refinery to date using fracked gas in Tacoma. Methanol is a highly combustible compound, and the refinery will be placed next to a new natural gas facility, amplifying the potential for worst case scenarios (leaks, explosions, irreversible damage to water and soil, worsening of air quality, increasing health disparity, etc.).

I have been attending Environmental Impact Scoping meetings every chance I get. The most recent meeting I attended saw 1200+ residents against and three paid representatives for the project. The plant will use up to 20,000 gallons of water a minute despite the world wide shortage of clean water and a global rallying cry to convert to green energy. The purpose of the methanol refinery? Making plastics in China.

As an appointed member of the City of Tacoma Human Rights Commission, I was particularly troubled by the Tacoma Fire Department’s plan for detainees in the Northwest Immigration Detention Center that in case of catastrophe, there will not be an evacuation, instead they are to “shelter in place.”

So Tacoma, I love you, but I’m calling you out.

And for those who come to this page looking for cute drawings, not politics, I leave you the first in a series of illustrated responses to the proposed Tacoma Methanol Refinery. so as not to disappoint.

I’ll post the finished illustration when it’s complete. If you want to learn more about the methanol refinery and how you can help protect our environment, please check out Red Line Tacoma. 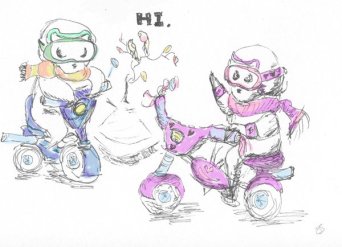 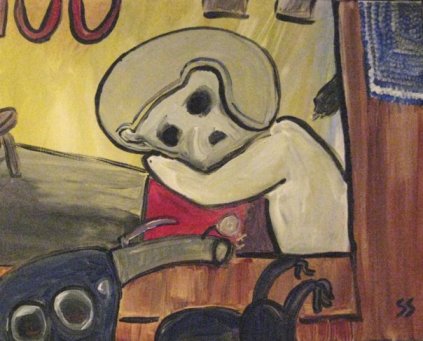