My birthday is in a couple of days. I’m trying to get excited about it.

Good morning! It’s been a long week, so I figured I’d let Hobbes do the heavy lifting for today’s post.

Back to posting dino game progress (and other) updates soon. 🙂

The last few weeks seemed to be a string of mechanical failures: from the car to multiple doctor visits by two members of the family, one also kind of caused by the car. (Annual reminder: the one time you don’t tell your kid to watch their fingers when shutting the car door will be the one time you need to rush them to the ER for X-rays. Nothing was broken, but it was still a very traumatic, expensive lesson.)

Thanks to my co-parent’s brother, the car/ a.k.a. “finger smasher” is working again. In an attempt to take a break from the chaos while also doing research for a few projects, I signed us up for a family trek on the Lady Washington.

This was the second time I have ever been on this ship. The first was during a Nisqually Middle School oceanography field trip to look for whales. I didn’t see any. As I recall, the trio of nerds of which I was a part spent much of the day struggling with sunburns and motion sickness. It was still such a cool experience, so when I found out the ship was docked in Tacoma, I wanted to share it with my daughter.

We didn’t tell her where we were going, but when she figured it out, she was excited, too. I came prepared with an OTC children’s motion sickness med, which she and her dad decided to take just in case. I also loaded my camera bag with snacks and cans of 7-Up. Although the ship didn’t leave Commencement Bay, the little one had a rough time up until right before came back to the dock. So in essence, I did share my experience with her, but not in the way I had hoped.

I need to accept that our Scandinavian ancestors were most likely landlocked farmers and not fearsome, seafaring Vikings.

The crew did their best to help make kiddo feel better and recommended hanging out in the back close to where the Captain was stationed in order to not minimize her seasickness.

In between juggling parenting duties and documenting the experience, the outing was a great chance to learn about history,

enjoy the sea and the sun before the Pacific Northwest heatwave hit,

and look at our city from a different perspective.

Kiddo said she enjoyed our day despite not feeling well, but our next adventure will be on a much smaller vessel: like a pedal boat.

Follow No, Mine! Studios on WordPress.com
Join 401 other followers

When it all starts to come together...
I don’t want to give too much away, but a new Moped Guy project is on the horizon.
The subtitled version of the first Yeetcosystem Promo is set to premiere on YouTube at noon today (November 16, PST )! 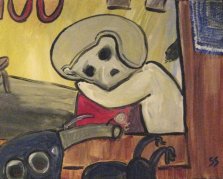 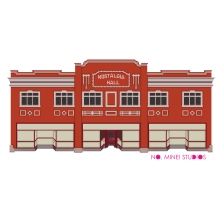 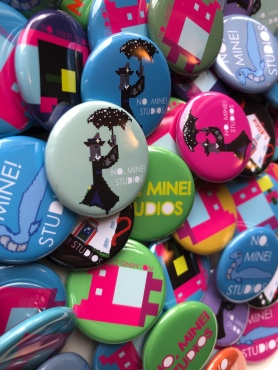