On Saturday I trekked around town with my favorite local dance studio and took pictures. Due to concerns about copyright infringement/ intellectual property theft based on recent experiences, I am being more cautious about sharing photos. So on Sunday I began working on some new watermarks for my images. From doodles to digital versions, here’s some of what I came up with. {Considering a lot of my work is typically serious in nature, I have a few more designs in the works as well.}

I stopped volunteering with two non-profits this year due to the bad behavior of men that was recognized and pointed out by others, but not appropriately addressed.

With one, I was able to wipe my hands and go. I had dedicated two years to the organization and had already trained others in media matters along the way. I’ll find out in December if the Chair actually figured out how to remove my credit card information from the website provider. (Joy.)

The other is still actively using my intellectual property without proper attribution and permission. I brought this up again about two weeks ago to a few members of the organization, one of whom said they would try to help me. Ironically, their efforts were thwarted by Santa.

To keep a long story short, here is a copy of the letter I sent to the Tacoma Knights of the Pythians’ Chancellor after I found out my request for assistance was blocked:

To the Leadership of the Knights of the Pythias Commencement Lodge #7:

On December 15, 2018, I helped create signs and took photos of the Pythian Sisters’ Children’s Holiday Party. I had borrowed [redacted]’s camera with the verbal assurance that I could get the files from him after the party.

Without permission or credit, [redacted] posted my photos on the Knights of the Pythians Temple’s Facebook page (https://www.facebook.com/pg/TacomaPythians/photos/?tab=album&album_id=948089761981410&ref=page_internal). While the women who put together this event were not credited (despite my request), he made sure to add the following line to the album description: “The lodge got a visit from Santa thanks to the Sisters’ annual holiday party. Gosh, that dude is awesome.” For those unaware, Mr. [redacted] was the one wearing the Santa suit.

He asked me in writing via Facebook Messenger on December 18, 2018, if I wanted credit for my photos, to which I responded that I did. He had already posted them on December 17, 2018. As of August 29, 2019, there is no photo credit, and despite asking other Knights and the Chair of the Pythian Sisters [redacted] to fix this on my behalf, he is refusing to correct this. Even more insulting is that the photos shared included my child. As both the photographer (intellectual property holder) and the mother of a minor in the pictures, it is well within my rights to expect that photos be shared within the context I allow. I had encouraged that the photos be shared in the secret Knights of the Pythias group so that the other parents could have pictures of their children. I did not give permission for my photos to be shared on the Knights Facebook page without attribution.

As a non-profit, the Knights of the Pythias Lodge is liable under Intellectual Property laws. Per the Washington State Nonprofit Institute: “Intellectual property law grants the creator of intellectual property exclusive rights for exploiting and benefiting from their creation” (https://www.wanonprofitinstitute.org/wp-content/uploads/2016/10/LGL-Kit-Intellectual-Property.pdf). As such, my original request that I be able to retrieve the photos from his camera should have been honored. As far as the Temple is concerned, my work should not have been used for the majority of a year by the organization without attribution.

I am asking that the Knights of the Pythias correct this oversight and for a public apology for the misuse of my property and of Temple resources. In addition, I am asking that the organization review appropriate consequences for sexual harassment (retaliation).

I am willing to meet with the leadership of the Tacoma Temple and, if necessary, the Grand Lodge to discuss this matter further.

This is literally the dumbest argument to be had ever. With a “secret society.” With Santa no less. There were witnesses (members of the organization and visitors) that I took these photos. He has recognized in writing that he is aware that I might want credit for my work. And yet, here we are.

I have been assured by others in the organization that this matter is being taken seriously but that it will take some time to resolve. Personally, it took me less than half an hour to create this post, so I’m not sure why it would take almost a year to either give credit for work as is the norm or remove work for which permission has been rescinded. Considering the social media coordinator worked in journalism for years, he is expected to have an above average knowledge of these issues. Maybe some guys just aren’t as tech savvy as they claim to be. If it’s ineptitude, then the organization should consider why they’re having troubles attracting and keeping volunteers with social media/ website knowledge and non-profit experience. If you would like to support me in this fight for rights to intellectual property (especially images of my minor child), please email a quick message to: chancellorcmdr@tacomapythians.org . A simple “I support Suzanne,” “respect intellectual property rights,” or something civil would be awesome.

Cheers, and thank you for your support. Feel free to share this. 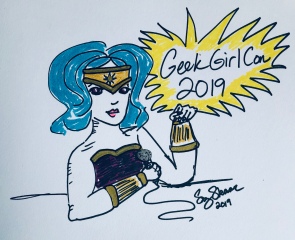 Discussing politics as a guest on the Obsessive Progressive Podcast. 2019.

Playing in the rhodies at Wapato Lake. Suzanne Skaar 2019. 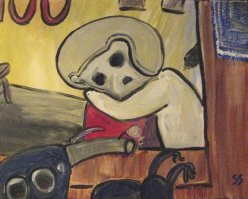 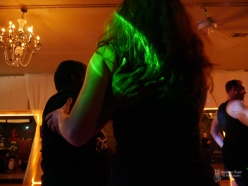 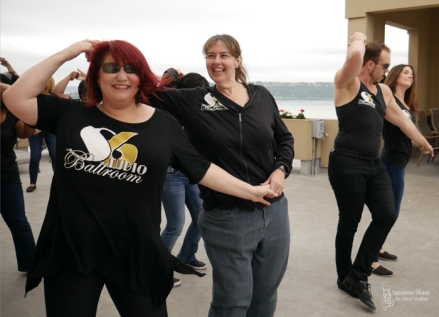 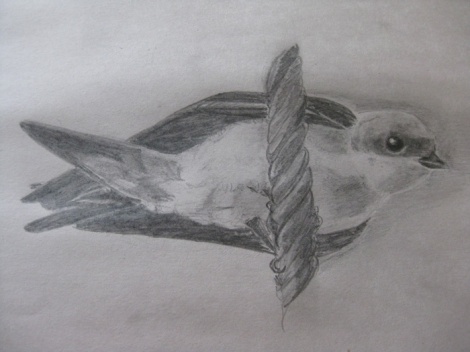 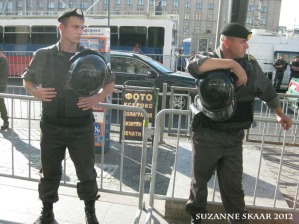 Illustration of coffee mug with heart and No, Mine! Studios. Suzanne Skaar 2019